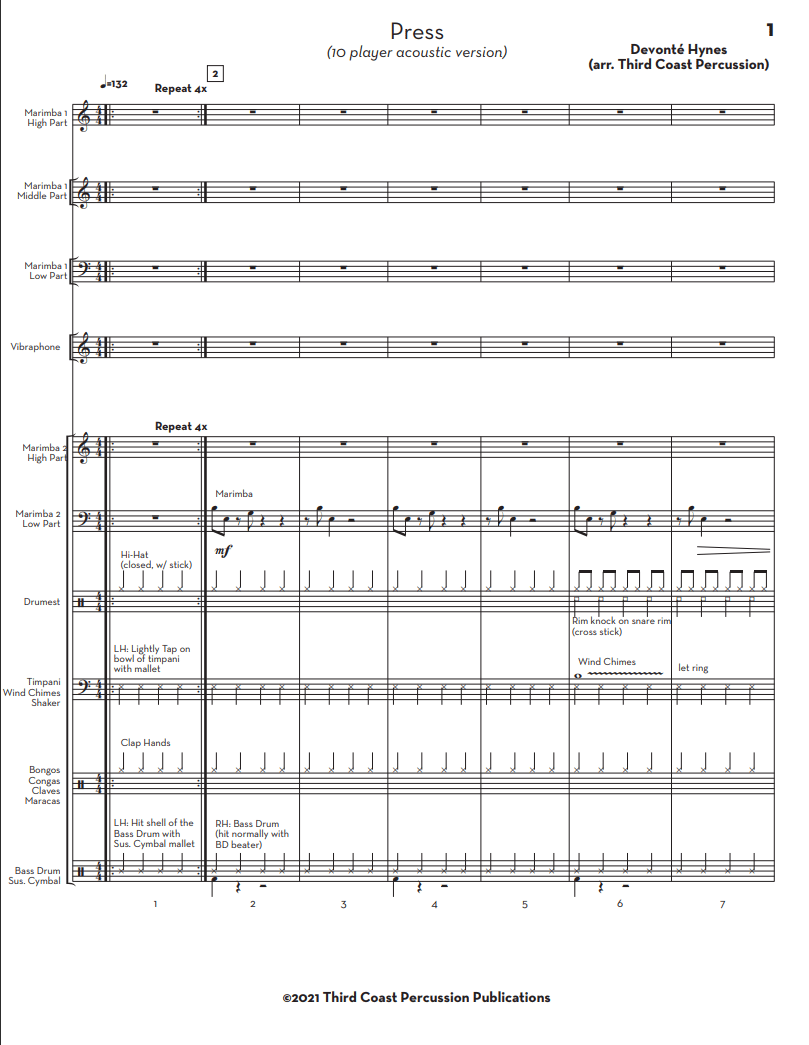 Press for 10 players - Score and Parts

For 10 percussionists. (Beginner-Intermediate)
Sent in PDF format.
Files will be sent via email during business hours (M-F, 9am-5pm CT).

This arrangement is meant to accommodate percussion ensembles composed of players with varying levels of ability and experience.

Watch TCP's performance, with students from The People's Music School, on YouTube:

"Press" was composed by Devonté Hynes (b. 1985), a British singer, songwriter, composer, producer, and author, and arranged by Third Coast Percussion. This is a new version designed to be played by younger students.

Hynes composed the music for an entire evening-length program featuring Third Coast Percussion and Hubbard Street Dance Chicago, with new choreography created by Emma Portner, Jon Boogz, and Lil Buck, which premiered in Chicago in September 2018. To create this 75-minute opus, Hynes composed music with synthesized and sampled sounds, which he then sent to Third Coast Percussion. TCP experimented with instruments to create a live performance version of the music, which they then recorded and sent back to Hynes for feedback, then eventually to the choreographers to create the dance.