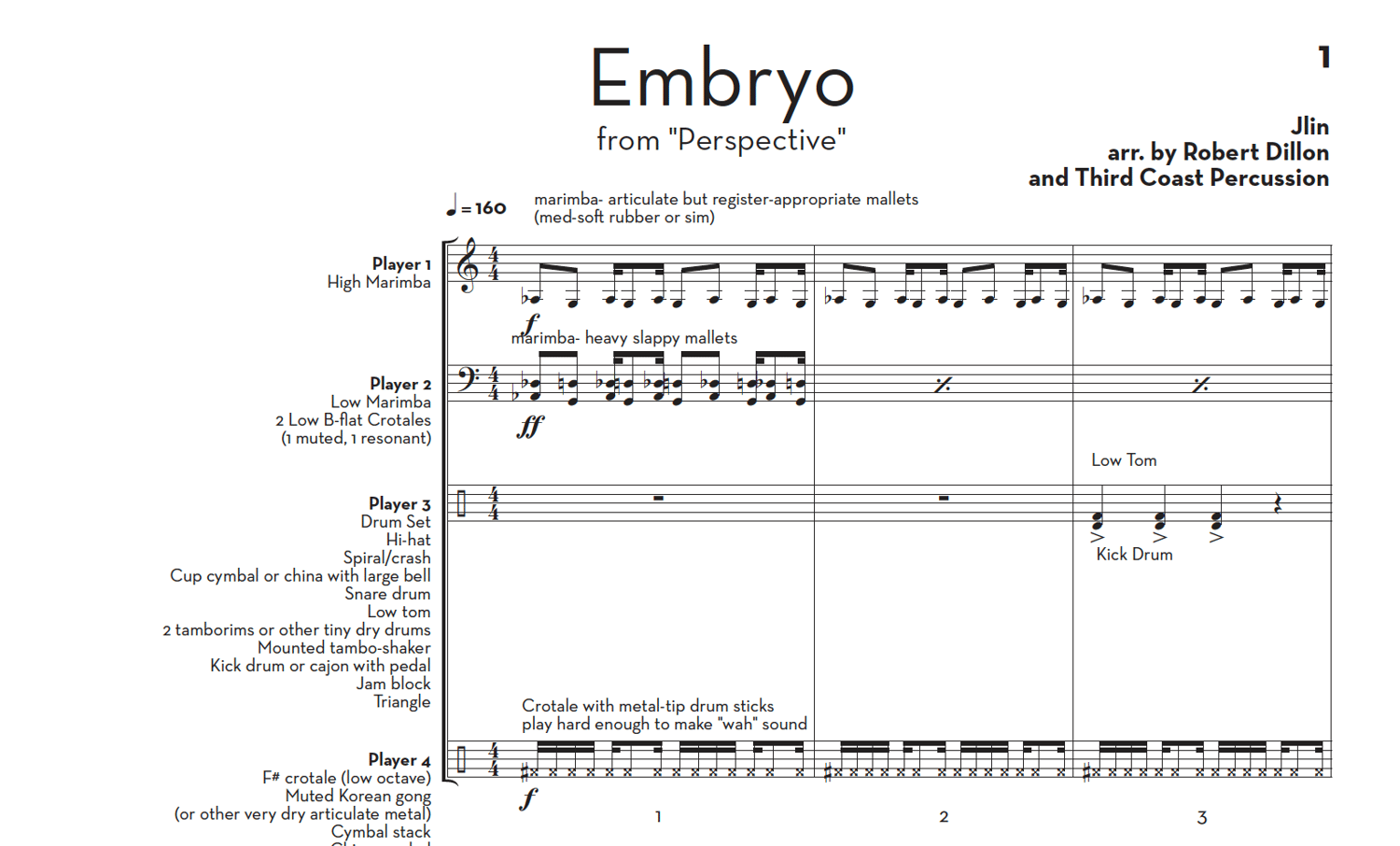 "Embryo" from Perspective - Score and Parts

For Percussion Quartet with electronic playback.
Sent in PDF format, with accompanying click track and electronics track.
Files will be sent via email during business hours (M-F, 9am-5pm).