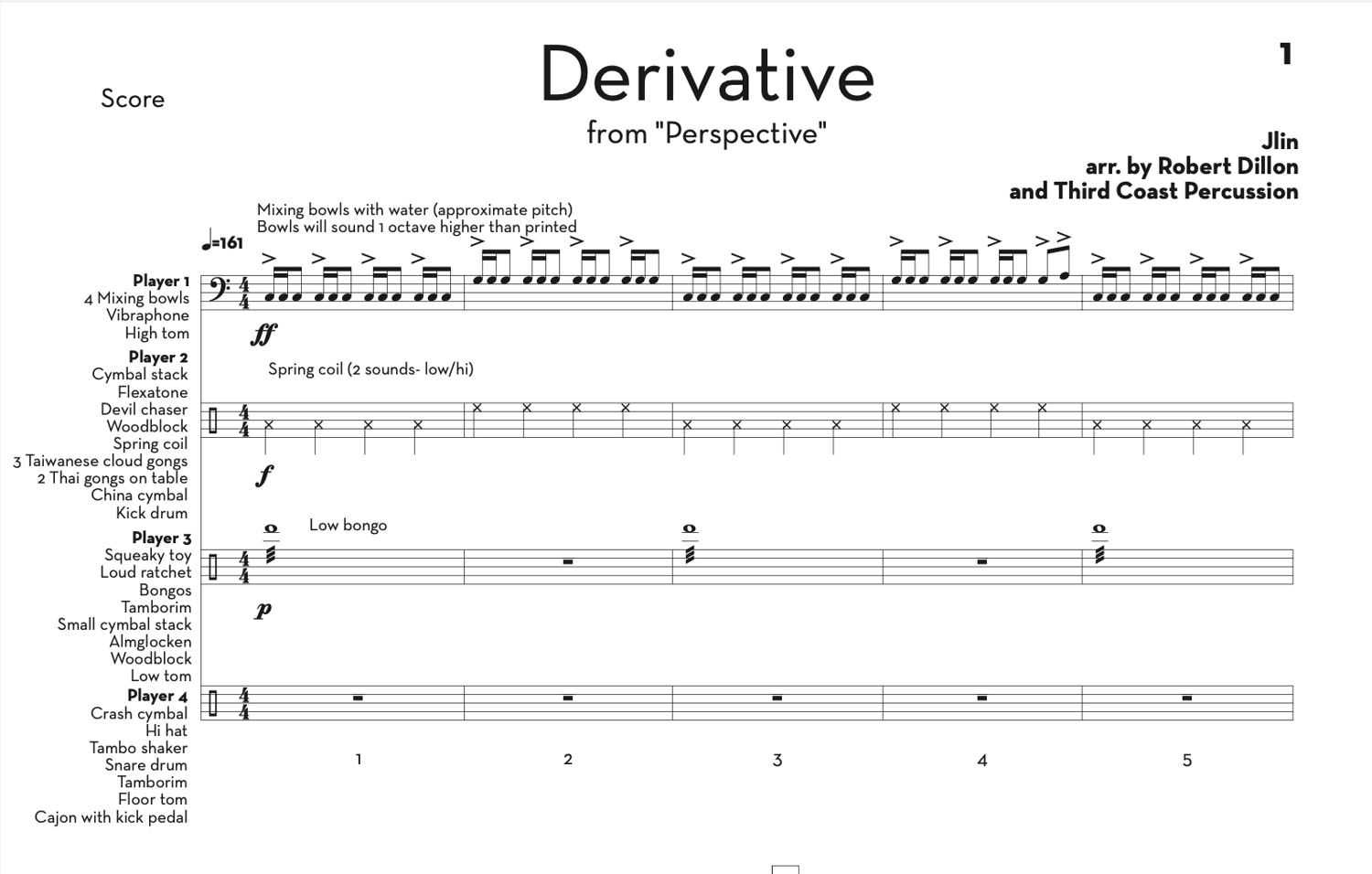 "Derivative" from "Perspective" - Score and Parts