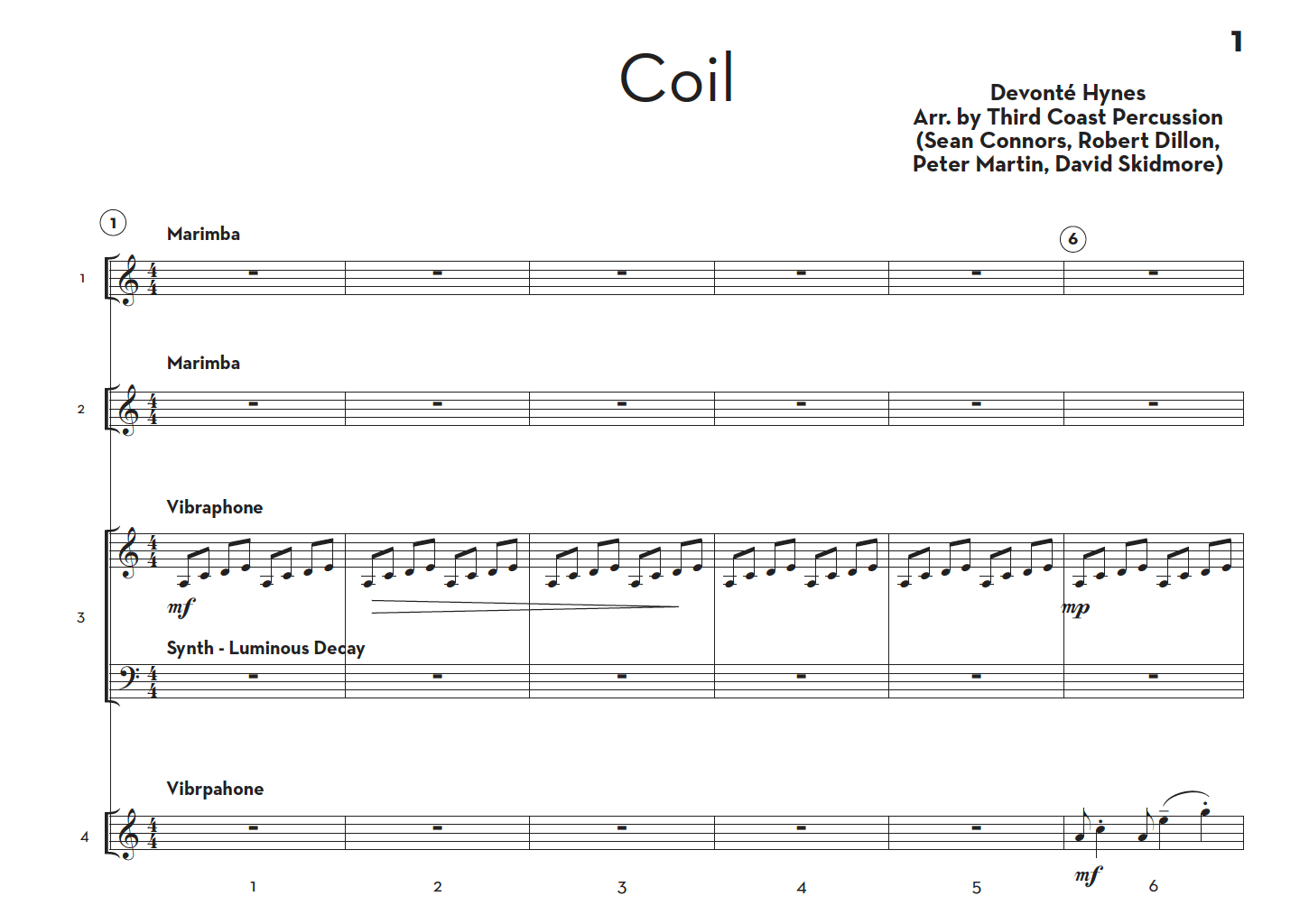 "Coil" was composed by Devonté Hynes (b. 1985), a British singer, songwriter, composer, producer, and author, and arranged by Third Coast Percussion.